the surprising power of promotional products

not all promotional products companies can successfully direct import for you!

When my grandparents moved into a retirement center, I helped with the garage sale. My cousin Claire and I were joking about how best to display the odds and ends from their 60 years together when I stumbled upon a gift from the gods of high kitsch. It was a letter opener, but this was not your typical letter opener. In the clear acrylic handle floated a mini uterus with two pills strategically placed where ovaries normally reside, alongside the drug’s name, Hormonin. This promotional product was a gift from a drug company representative to my granddad, a doctor in Laredo, Tex. I tried to imagine how this token must have been received by the taciturn Dr. Puig. “Thanks Hal, I’ll put this next to my collection of kidney stones.” Or, “Do you have that on a T-shirt in an extra large?” Highly doubtful. He probably focused on its utility and kept it right there on his desktop. Which is probably what the drug company’s marketing department was counting on.

Promotional products are, some say, the oldest form of advertising. American businesses spend $20 billion a year giving away stuff with logos, according to Jerry McLaughlin, president of Branders, one of the largest sellers of promotional products online. Which is pretty good evidence that it works. Mr. McLaughlin credits the effectiveness of promotional products to centuries old cultural norms around the rule of reciprocity. “If you give something, the recipient is honor bound to give something back,” he said. “In every language and culture, research has found there are really pejorative words for people who get and don’t give back. We humans are hard wired to respond if we get something.” Are we really that easy? When you get that survey in the mail with a crisp dollar bill attached, do you fill the survey out or pocket the money and relegate the envelope’s contents to the circular file? I visited with Dr. Robert Cialdini, professor emeritus of psychology and marketing at Arizona State University. Dr. Cialdini, who has written a book on the topic, “Influence: The Psychology of Persuasion,” became interested in studying the rule of reciprocity out of self-defense. “All my life I’ve been a sucker,” he said. Dr. Cialdini observed Hare Krishna Society members in airports, watching them foist paper flowers upon travelers. As soon as travelers accepted the flowers, they became more likely to reach into their pocketbooks and reciprocate with a donation. Sociologists and anthropologists have found, he said, that there is not a single society in the world that doesn’t train its people from childhood to this rule. “Marketers take advantage of this all the time,” he said. “Tupperware parties — one of the things that happen very early on — they play games so every one at the party wins a prize from the Tupperware representative. And they feel very obligated to give something back in return.”

A well-known veterans’ nonprofit group, the Disabled American Veterans, is a case in point. When the group sends a mailing for contributions, Dr. Cialdini said, it gets an 18-percent response rate. When the same letter is sent with personalized address labels, which cost about eight cents, the response rate goes up to 35 percent. “For the cost of the address labels they get almost a doubling of return,” he said. “It’s very powerful rule and very small things can trigger it.” How do companies find the right promotional item? Here are four suggestions: • Give items that members of your target audience will use in the environment where they make decisions about using your product or service. If you go after executives in corporations, give them something they will use in their offices, around their desktop so your company can be top of mind when they make decisions. Golf-related items are exceptions because lots of business happens on the golf course. • Have it underscore your marketing message and differentiate your company. Mr. McLaughlin recounts a computer software client who makes antivirus software. The client put its logo on boxes of condoms and sent them to information technology types with the message, “Protect yourself, protect your computers.” Results? “Most I.T. people are male,” said Mr. McLaughlin, “and don’t really have girlfriends so that’s particularly titillating. They believe they got pretty good results.” A bit edgy for most companies, but you get the idea. •Personalize them. While we are fond of our company logos, customers really like to use items that have their names on them. “People like seeing their own name above all else, said Mike Linderman, president of Express Pens, and former chairman of the Promotional Products Association International. His company makes pens in small quantities that can be imprinted with both your company’s logo and your client’s name. • Skip the logoed water bottles and other items that will be quickly used and tossed.

Make your promotional products investment something that will have a shelf life. Some of the most popular promotional items these days are thumb drives, aluminum sports bottles, reusable grocery bags, and anything green or American made. But will this stuff really replace the calendars with alluring young women? “I don’t know who the folks were who figured out that men would look at pretty girls and if you put your tools, software or cars next to it, they will look at it. I don’t think that trend is going away,” Mr. McLaughin said. Did receiving the uterus-enhanced letter opener prompt my granddad to write more Hormonin scripts for menopausal patients? Can’t say, but this promotional product made it 40 years without seeing a trash bin. And it’s now in a prominent place on my desk, right next to a Charlie the Tuna desk lamp. MP Mueller is the founder of Door Number 3, a boutique advertising agency in Austin, Tex. Follow Door Number 3 on Facebook. Read more from the NY Times here 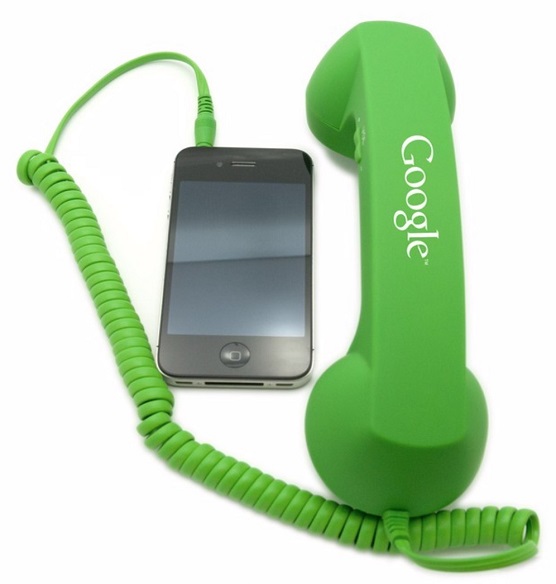 need a cool new and unique promo item for your next campaign? check out these retro bluetooth® handsets! 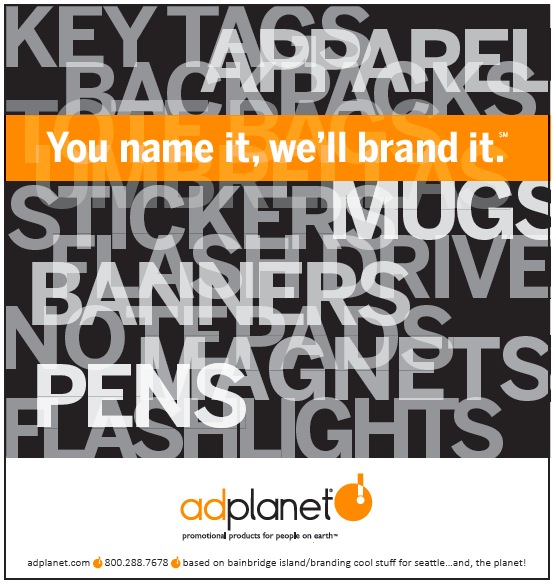